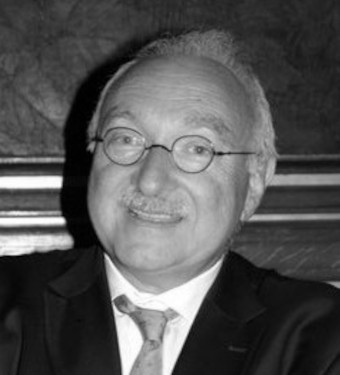 Born in 1947, The career of Roger Fajnzylberg is extremely rich marked by important responsibilities in the private sector, the senior civil service, the associative world as its commitment in the political sphere.

Director of the UNEF, the french student’s association, between 1969 and 1972,Mayor of the city of Sèvres from 1978 to 1983, he chaired the Board of Jean Rostand pubic Hospital and the Board of Directors of SEMI Sèvres, a development and construction company. He is a former Regional Councilor of Ile-de-France between 1986 and 1991. He was a candidate in the MP’s elections in 1978. He was during many years, involved in french political life. General Secretary of the National Theater of Chaillot, he worked for a while with Jack Lang, Minister of Culture and then at the National Center of Cinematography.

After graduating from the ENA (Promotion Michel de Montaigne) he joined the Ministry of Cooperation and Development and more particularly his direction of Financial Studies. After he joined Canal + subsidiary pay TV channel to Africa, for 12 years. He leads the project to launch the chain in Ivory Coast and was appointed Network Director for Sub-Saharan Africa.

Between 2004 and 2013, he was General Director of the Children’s Relief Society, OSE, a social institution. With 650 employees and a budget of 30 Meuros, it develops its action for children, the disabled, elderly people with Alzheimer’s disease and health. In 2013 and 2014 he is appointed General Delegate of the OSE Foundation.

In 2014 he founded Roger Fajnzylberg Conseils. He worked on several projects in France, in sub-Saharian Africa and in Algeria.